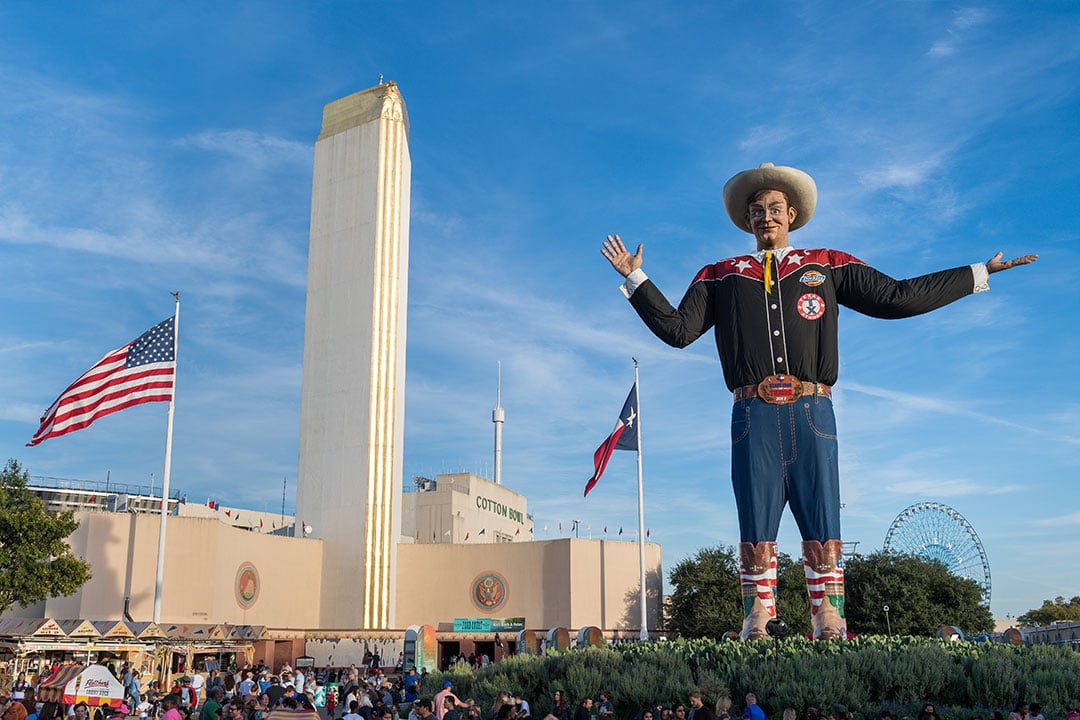 As the opening day of the State Fair of Texas approaches on September 30, fair-trade food lovers are starting to dream of all those new fried creations they just have to try this year. Interspersed, of course, with traditional dishes, like Fletcher’s Corny Dogs, Belgian Waffles, Turkey Legs and Funnel Cake.

All those tantalizing aromas mingling in the air easily convince us that the calories consumed at the State Fair of Texas don’t count. After all, we’re surely driving them away looking for the next big thing. Eating at your own pace in the fairgrounds can be the perfect progressive meal…one that starts with brunch and ends with dinner.

Here are some can’t-miss stops to put on your State Fair menu this year, starting with the three winners of the Big Tex Choice Awards. The Fried Charcuterie Board, created by Tami Nevins Mayes and her daughter, Josey Mayes, who came up with the idea of ​​frying a charcuterie board, was named Best Taste Savory. With mozzarella, salami and green apples in olive oil, balsamic vinegar and Italian herbs, the combo is wrapped in wonton, fried, topped with goat cheese and drizzled with warm honey. It’s not only tasty but portable, always a plus for fair food.

Garza family’s Cha-Cha Chata is a milkshake with vanilla ice cream and the family’s secret horchata recipe, poured into a caramel and cinnamon rimmed cup, topped with whipped cream, sprinkled with crushed candy, of galletas of gragega with cinnamon and fried bites of arroz con leche. All sipped through a churro straw, and again, easily transportable.

Like most fried food lovers, my husband and I always head to Fletcher’s Original Corny Dog stand at Big Tex Circle first. It’s the perfect place to take selfies with Big Tex and get our first Corny Dog of the season. Fletcher’s celebrates its 80th anniversary this year by giving away 80 Corny Dogs to the first 80 customers of their seven corny dog ​​kiosks every Friday, starting on opening day Sept. 30. We’re told our best chance of snagging a free corny dog ​​is to head to a less crowded Fletcher stand, marked on the map.

The food court is the perfect place to meet friends, take a seat at one of the tables and share a wide variety of dishes. Stalls selling everything from Frito pie to nachos to cinnamon rolls are dotted around the food court. I can’t resist the It’s Greek to Me stand, and Pedro’s Tamales is a great place to pick up homemade tamales to take home.

Another takeout stop for goodies is the Go Texan pavilion, where I like to buy made-in-Texas items like honey and salsa. Unlike most vendors, the Go Texan store accepts cash or credit cards, and that’s good news for those of us who are out of coupons.

The Texas State Fair runs from September 30 through October 30. 23 this year. For more information, including the daily list of events and attractions, visit bigtex.com.

After the Cookie Wars in Utah, companies fight over our calories

After the Cookie Wars in Utah, companies fight over our calories